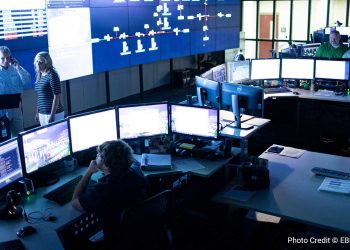 In the space of two working days, June 28 and July 1, formal expressions of interest in Seven States Power Corp.’s DERMS program grew from four to seven local power companies that collectively serve 625,000 consumers in the Valley.

Chief executives Wes Kelley of Huntsville Utilities, Huntsville, Ala., Kathryn West of North Georgia EMC, Dalton, Ga. and Rody Blevins of Volunteer EC, Decatur, Tenn., have each signed letters of intent indicating that they plan to implement Seven States’ DERMS software by the end of 2019.

“DERMS pulls in all of a utility’s distributed energy assets to develop a load management profile and puts those in a single view,” Noe said. “That makes it much easier for a utility to gauge and forecast load, and determine what resources to use to best manage demand.”

“This clearly shows that the direction given by the Seven States board with regard to DERMS is really starting to pay dividends,” she said. “The growth of DERMS is a sign of Seven States gaining momentum. The future of Seven States is looking brighter by the day.”