Seven States’ Board Member, Mike Partin, elected to NRECA’s Board 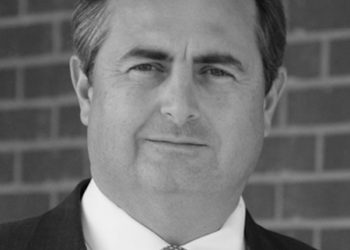 Mike Partin, president & CEO at Sequachee Valley EC, South Pittsburg, Tenn., and recent addition to the Seven States Power Corporation Board has been elected to the NRECA Board of Directors.

Partin was elected Nov. 25 in Nashville, at the TECA Annual Meeting. He succeeds Tom Purkey of Middle Tennessee EMC, Murfreesboro, Tenn., who opted to stand down from the NRECA board.

“I thank my colleagues for their support,” Partin said. “I look forward to representing the cooperative members of Tennessee.”

Partin signed on at Sequachee Valley EC in 1998. He served for 12 years as the cooperative’s vice president for marketing and member services, then was promoted in 2010 to the post of chief operating officer. Partin took Sequachee Valley EC’s top job in January 2015, succeeding the retiring Bob Matheny.

Partin earned his undergraduate degree at Middle Tennessee State University and is also a graduate of NRECA’s management program at the University of Nebraska.

NRECA’s board is comprised of 47 individuals, one representing each state in which a voting member of that association is located. Partin joins Kevin Doddridge of Northcentral EPA, Olive Branch, Miss., in representing the Tennessee Valley on the NRECA board.

On the municipal side, the Valley is represented by APPA board members Jim Ferrell of Jackson, Tenn., EA; Todd Gale of Columbus, Miss., L&W and APPA Chairman Decosta Jenkins, the president & CEO at Nashville ES.