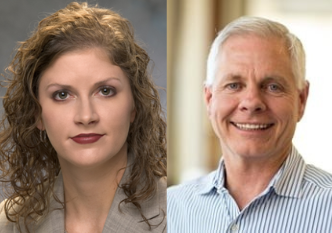 Seven States Power Corporation is pleased to announce the addition of two new board members who are each distinguished leaders within the industry.

The Seven States Board of Directors have led the organization to become a trusted energy and technology solutions provider for its member-owners: the 153 local power companies in the Tennessee Valley.

“Our Board reflects the various LPCs we serve and their desire to empower one another through the adoption of innovative technology across the Tennessee Valley,” said Betsey Kirk McCall, President and CEO of Seven States Power Corporation.

Teresa Broyles-Aplin is President & CEO of Nashville Electric Service (“NES”) and is the first female President and CEO of a major utility provider in America. She previously served as Executive Vice President and Chief Financial Officer at NES, a role that she has occupied for nearly 16 years where she oversaw an annual operating budget of more than $1.2 billion and a capital budget of $170 million annually.

David Wade serves as President & CEO of EPB, an organization he has been with since 1983 when he was first employed as a line helper. Wade’s leadership abilities helped him grow within EPB, serving as Senior Manager, Vice President, and then as President and CEO in 2016. Wade was instrumental in launching EPB Fiber Optics, a strategic success that transformed Chattanooga into “Gig City” by becoming the first city in the Western Hemisphere to offer 1 gigabit-per-second fiber internet service to all residents and businesses.